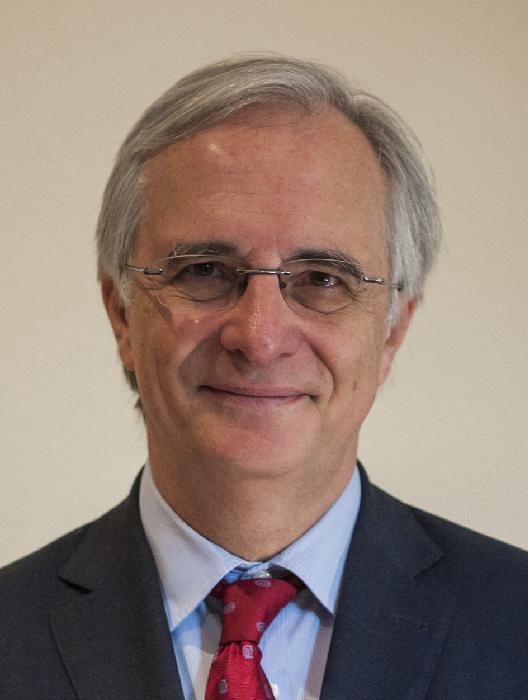 Carlos Delgado Kloos is a Telecommunications Engineer from the Polytechnic University of Madrid (UPM) and a PhD in Computer Science from the Technical University of Munich. Since 1996 he is Professor of Telematics Engineering at the Universidad Carlos III de Madrid. In addition, he is currently Vice Rector for Strategy and Digital Education. His main interest today is in educational technology. He has led more than 20 research projects both at the European level (Esprit, IST, @LIS, eContentPlus), as well as national and bilateral (Spain-Germany and Spain-France). Among them, it should be noted that he has acted as coordinator of the E-LANE project on e-learning, funded by the European Union and that he has been a member of the Board of Directors of the .LRN Consortium <www.dotlrn.org>, an educational platform of code open. He has published more than 200 scientific articles in national and international conferences and magazines. He has also written a book and co-edited another five. He has held and occupies multiple positions nationally and internationally. In relation to e-learning, it should be noted that he is the Spanish representative in the TC3 committee on education of IFIP. He has been a member of program committees of more than 100 congresses, among which it is worth highlighting the vice-presidency of the Program Committee of the IFIP World Congress of Informatics in 1992 and the presidency of the Program Committee of DATE 2002, Telecom I + D 2003, EduTech2004 and EUNICE2005. He has also been a reviewer for several journals and research programs (at national, European and intercontinental level). 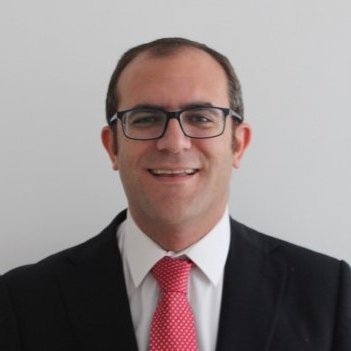 Pedro J. Muñoz-Merino is Associate Professor at Universidad Carlos III de Madrid. In 2003, he received his Telecommunication Engineering degree from the Polytechnic University of Valencia, and in 2009 his PhD in Telematics Engineering from the Universidad Carlos III de Madrid. He got his accreditation in 2020 as Full Professor by the ANECA agency from the Spanish Ministry of Education. He has been the coordinator of the LALA project, a project funded by the European Commission for the adoption of learning analytics in Latin America. He has also participated in more than 40 research projects at the international and national level, also including several contracts with companies, being the Principal Investigator in several of them related to learning analytics, educational data mining and adaptive systems. He is the co-author of more than 150 scientific publications including more than 50 in journals indexed in the JCR. In addition, he has coordinated the development and deployment of different learning analytics tools. He is also an IEEE Senior Member from 2015. His skills and experience include research and development in learning analytics, educational data mining, evaluation of learning experiences, user studies, gamification or Intelligent Tutoring Systems. You can contact him at twitter at @pedmume.

Pilar Rodríguez has a PhD in Physics from the Universidad Complutense de Madrid, where she graduated earlier (Automatic Computing). She joined IBM as a researcher at the UAM-IBM Scientific Center and later at the Institute of Knowledge Engineering (IIC). She is currently an assistant professor in the department of Computer Science at the Universidad Autónoma de Madrid (UAM) and member of the GHIAresearch group at that university. Her main areas of research include e-learning architectures, adaptive educational systems, both in individual and collaborative environments, and user modeling. 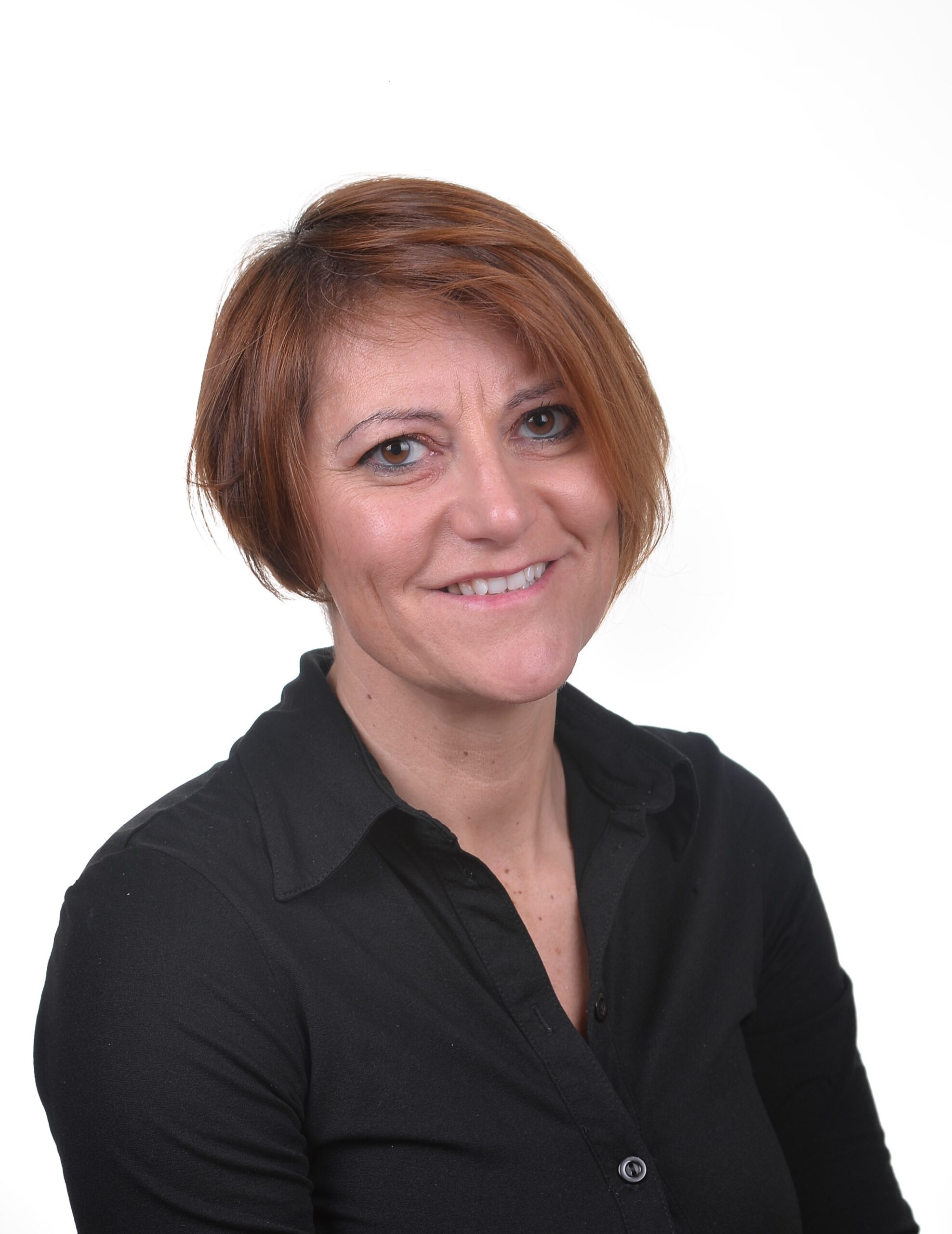 Ruth Cobos is a professor at the Department of Computer Engineering at the Universidad Autónoma de Madrid (UAM), and a researcher in the Interactive Tools and Applications Group (GHIA). She is a Computer Engineer since 1998 and PhD Computer Engineer since 2003 by the UAM. She had three postdoctoral fellowships (18 months total, 2004-2006) at the Technical University of Munich (TUM). She has participated and conducted research projects in the areas of Computer Assisted Collaborative Work, Social Media, Education, e-Learning, Blended Learning, MOOCs and SPOCs. At present she is Rector Delegate for Educational Technologies at UAM. 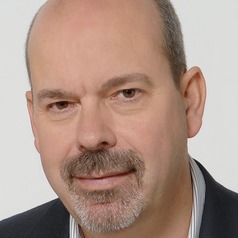 Baltasar Fernández-Manjón is full professor in the Department of Software Engineering and Artificial Intelligence (DISIA) at the Complutense University of Madrid (UCM). He received Bachelor in Physics (major in Computer Science) and a PhD in Physics from the UCM. He is IEEE senior member, member of the IFIP Working Group 3.3 “Research on the Educational uses of Communication and Information Tecnlogies”) and of the Spanish Technical Committee for E-learning Standarization (AENOR CTN71/SC36). He leads the Complutense e-learning research group <e-UCM> (www.e-ucm.es). His main research interests are e-learning technologies, educational uses of serious games, application of educational standards and user modelling. 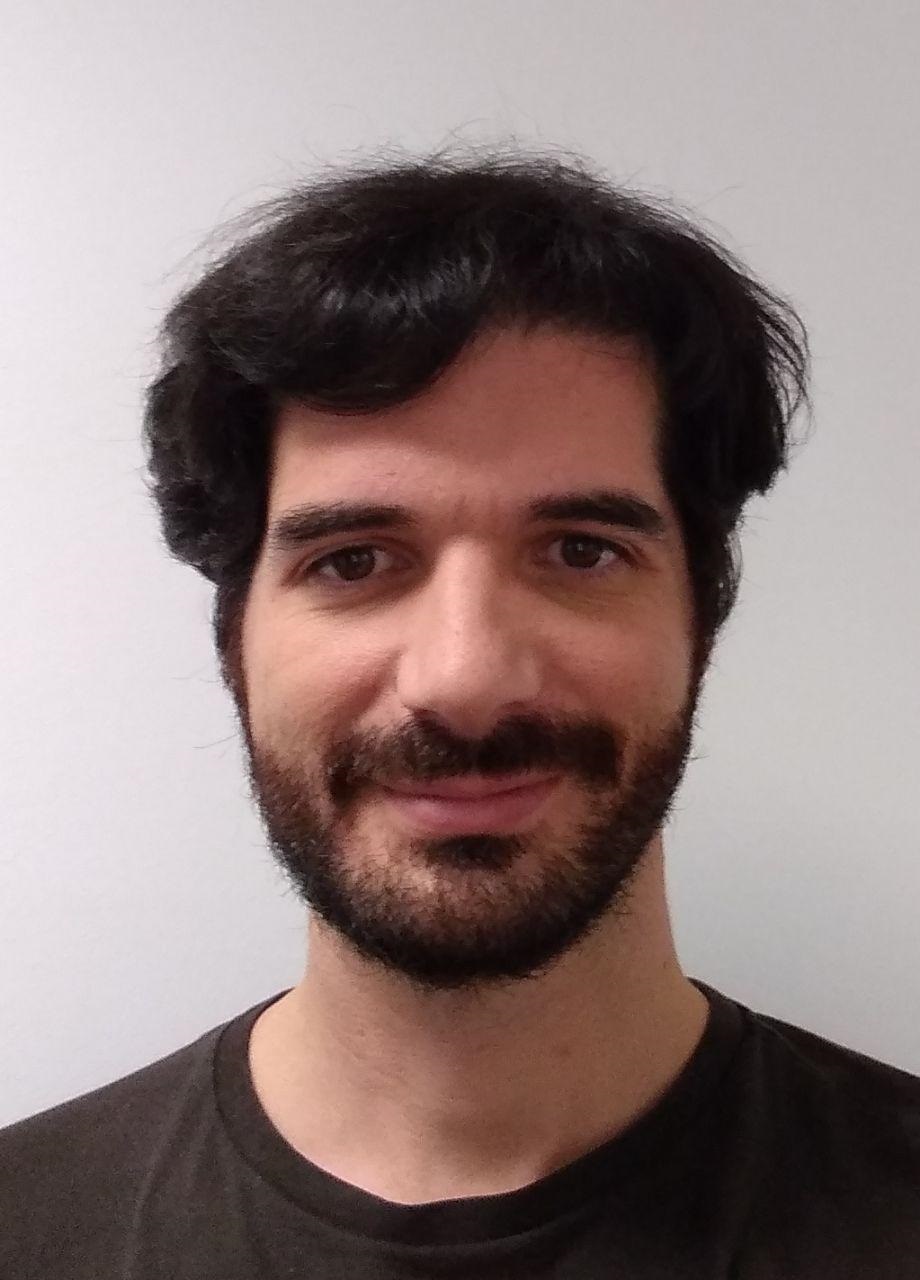 Manuel Freire has a PhD in Computer Science from the Universidad Autónoma de Madrid (UAM). His research interests are centered on information visualization, human-computer interaction, online learning and serious games. In 2008, he worked one year at the University of Maryland’s HCIL, under a postdoctoral Fulbright grant. In 2010, he became a member of the e-UCM research group at the Universidad Complutense de Madrid (UCM), where he is an Associate Professor since 2013.

Miguel Rodríguez Artacho (Ph. D.) is researcher and assistant professor at UNED University, Spain. He is a member of the Learning Technologies and Cooperative Systems group (LTCS group http://ltcs.uned.es ) at LSI Department. Main research focuses on the development of learning content specifications to model individual and collaborative learning processes, learning resources and tools. Since 1999 actively participates in Learning Technology standardization groups like CEN-LTWS, ISO-JTC1/SC36 and others and currently co-holds the technical secretariat of Spanish e-learning standardization body AEN/JTC1/SC36. He has been invited panelist of LT related conferences and has several publications concerning educational content modeling and collaborative learning environments.

Sergio Martín Gutiérrez is Professor in the areas of Electronic and Telematic Engineering at UNED and Coordinator of the University Master’s Degree in Research in Electrical, Electronic and Industrial Control Engineering. His research activity focuses on the field of educational innovation applied to engineering, particularly in trend analysis and remote laboratories, as well as in the Internet of Things and mobile and ubiquitous systems. He has directed international projects and is associate editor of several prestigious journals such as IEEE Transactions on Learning Technologies and MDPI Sensors. He has carried out research stays at the Massachusetts Institute of Technology – MIT (United States of America) and at Curtin University (Australia). He is the author of more than 200 articles, has directed and participated in more than 20 MOOCs, recorded nearly 200 video classes and directed the development of more than 200 on-line laboratories for the remote practice of his engineering students, being awarded by some of them with the prestigious international GOLC award. He has received in total more than 27 awards and distinctions. He is a Senior Member of the IEEE and belongs to the IEEE HKN Honor Society. 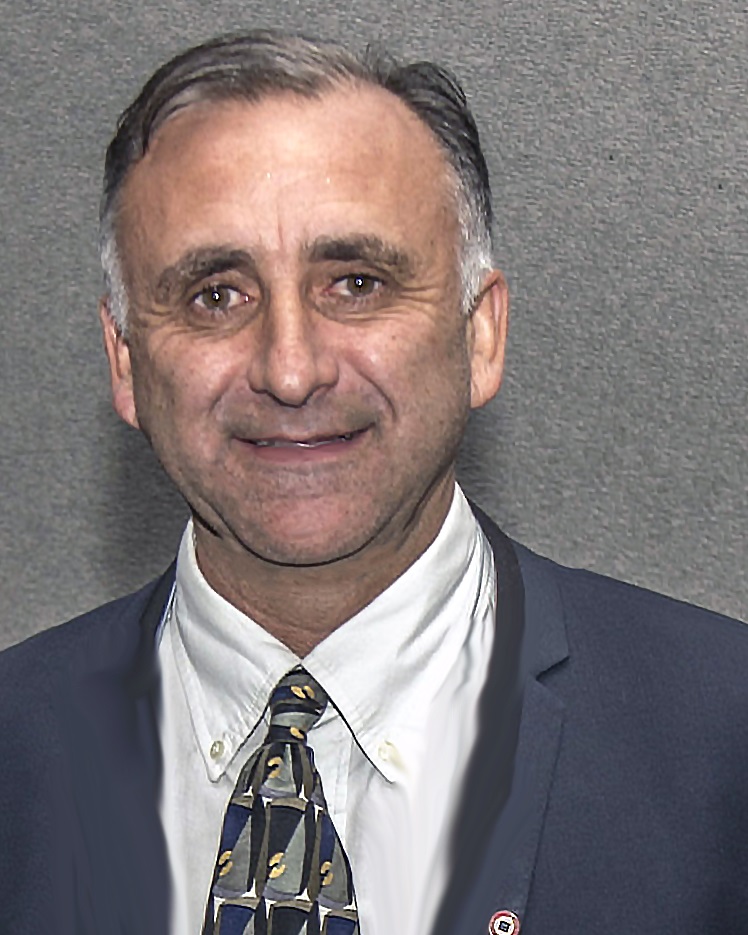 Edmundo Tovar, Computer Engineering educator, has a Ph. D. (1994) and a Bachelor’s degree (1986) in Computer Engineering from the Universidad Politécnica de Madrid (UPM). He is Certified Software Development Professional (CSDP) from the IEEE Computer Society. He is Associate Dean for Quality and Strategic Planning in the Computing School of the Universidad Politécnica de Madrid. From this last position he is in charge of the training for academic staff, the introduction of innovative solutions including new pedagogies; new approaches that improve student learning of technical skills and cultural skills, improved methods of blended learning and others. He works in the open educational resources area. Leader of an Innovation Group in Education in the UPM. He is Executive Director of OCW UPM Office and member elected of the Board of Directors of the OpenCourseWare Consortium. Author of many papers in Engineering Education, he is member of the Steering Committee of and cochair for Europe of Frontiers Education Conference (FIE) and member of IEEE RITA Editorial Committee. He is IEEE Senior Member, Past Chairman of the Spanish Chapter and, as member of the Administrative Committee of the IEEE Education Society, he is currently chair of the Distinguished Lectures Program for the IEEE Education Society. 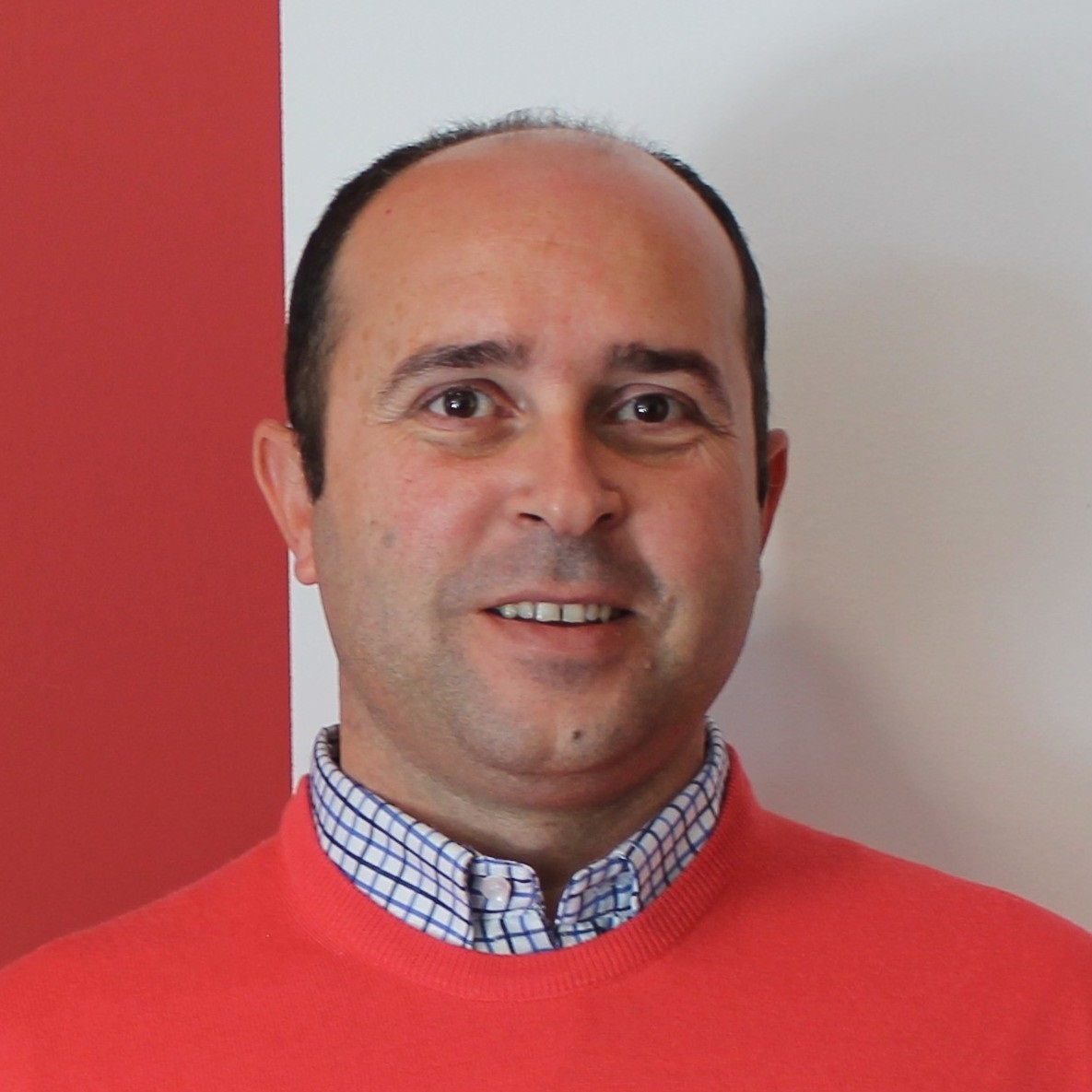 Bernardo Tabuenca received his Ph.D. degree  from Open University of The Netherlands (OUNL) in 2015 where he conducted his research with the Research Center for Learning, Teaching, and Technology on the topic “Ubiquitous technology for lifelong learners”. Previously, he had obtained a Degree in Computer Sciences and a Master in Educational Technology. He is currently an Associate Professor with Universidad Polit ecnica de Madrid (UPM) at the Sistemas Informáticos department of the ETSISI. He is member of the REFERENT research group at UPM, and his current areas of research include technology-enhanced learning, mobile technology, the Internet of Things (IoT), and smart learning environments 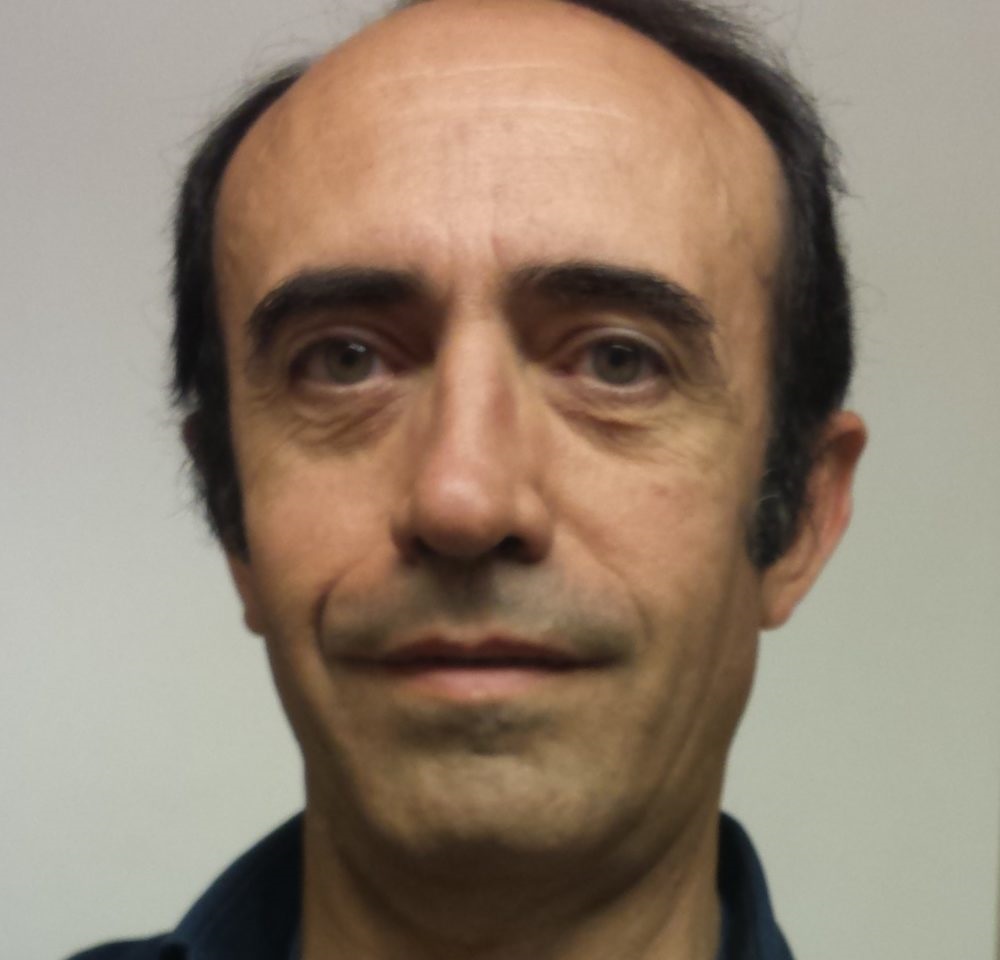 J. Ángel Velázquez Iturbide  has a degree in Computer Science (1985) and a Ph.D. in Computer Science (1990) from the Polytechnic University of Madrid (UPM). He has been a professor since 1985 at the UPM Faculty of Informatics. In 1997 he joined the Rey Juan Carlos University (URJC), where he is currently a University Professor and director of the Laboratory of Information Technologies in Education (LITE). His research areas are program visualization, algorithmic learning tools and, more recently, the teaching of block-based programming. Dr. Velázquez is a member of the IEEE Computer Society, IEEE Education Society, ACM, and ACM SIGCSE. He is also vice president of the Association for the Development of Educational Informatics (ADIE) and a member of the Spanish Scientific Information Society (SCIE) for pre-university education. 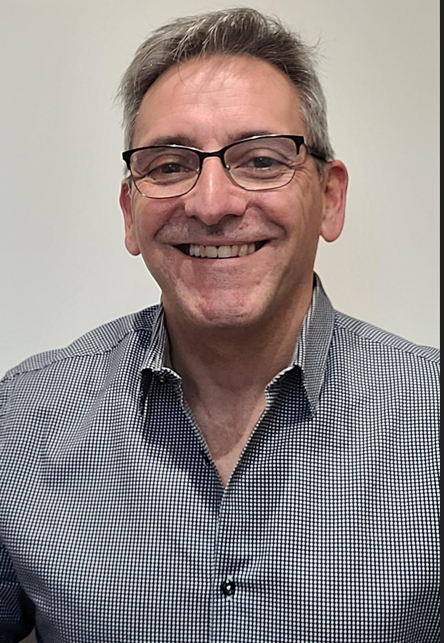 Maximiliano Paredes Velasco is a professor at the Higher Technical School of Computer Engineering of the Rey Juan Carlos University (URJC), and a researcher in the Laboratory of Information Technologies in Education (LITE) group. He has been a Computer Engineer since 1998 and a Doctor of Computer Engineering since 2006 from UCLM. His research areas are Computer Supported Collaborative Learning, tools for learning algorithms and Human Computer Interaction, broadening his interest more recently in the treatment of emotions and affectivity in learning.